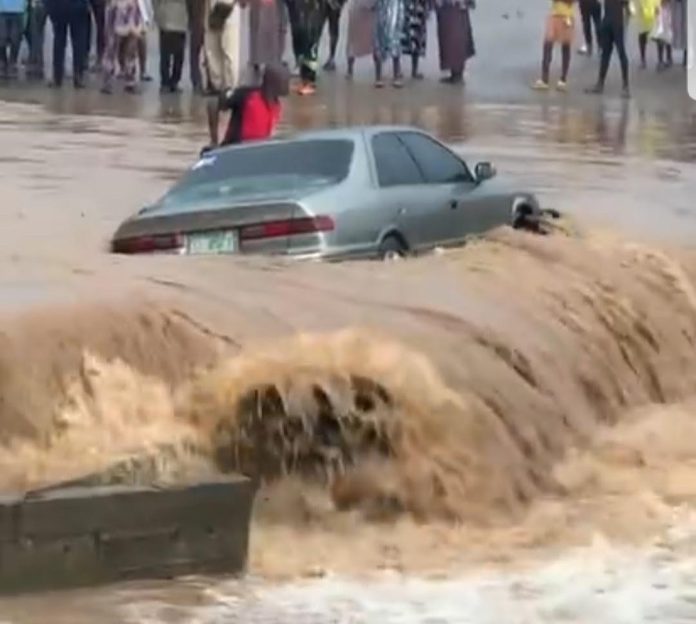 The Ghana Police Service has cautioned commuters and motorists after hours of rainfall resulted in flooding in some parts of Accra.

In a social media post, the service urged residents to avoid low-lying and flood-prone areas as much as possible.

The post said patrol teams have been deployed and are on the ground to ensure the safety of all.

All persons in an emergency due to the weather have been directed to contact the Police Emergency numbers 18555, 191 or 112 for assistance.

Accra and its surrounding enclaves are experiencing a downpour and due to this, Commuters and motorists are advised to be cautious as some places might be flooded. Low-lying and flood-prone areas should be avoided as much as possible. pic.twitter.com/HpweD9r8Ua

This resulted in vehicular congestion as some vehicles were unable to pass through the floodwaters. 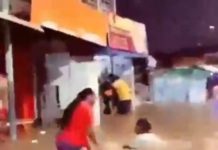 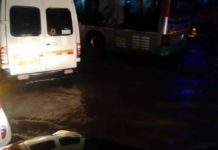 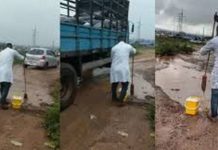 ‘Doctor’ takes to the streets to mop Accra ‘floods’