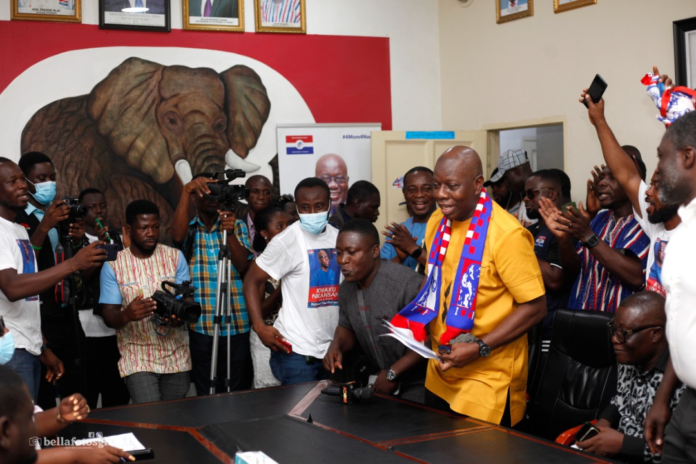 This was after he had fulfilled all requirements concerning picking and filing of nomination forms.

Paa Nii was accompanied by members of his campaign team and some constituency executives to the party’s National headquarters at Asylum Down in Accra.

When he got the head office, his supporters clad in his t-shirts met him with singing and dancing.

The crowd went agog when Paa Nii arrived to file his nomination forms.

The reason why he is vying for the position is to bridge the gap between the party and government.

A united front, Paa Nii stated is the only way the NPP can break the eight and retain power to continue to good works of President Akufo-Addo.

He also has the interest of the grassroots at heart and has promised to resource them should he be given the nod.

The former NPP UK Chairman has also said he will ensure the party has a national database to be able to keep track of members across the country.

Paa Nii said he is committed to working closely with other executives of the party to ensure victory in the 2024 general elections.