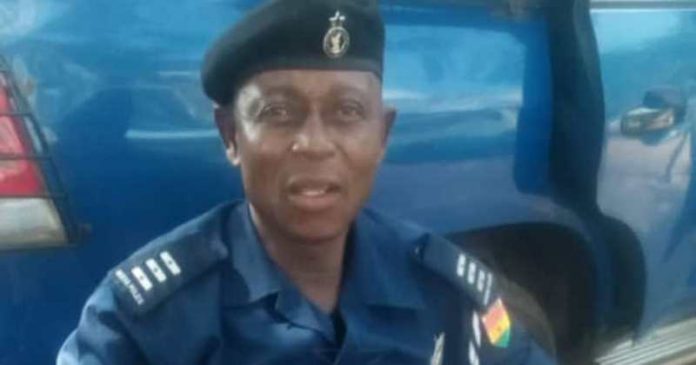 Ghanaian police officer, Chief Inspector James Issaka Aromah, who died in a motor accident on October 21, 2021, has been laid to rest.

Affectionately called Chief Aromah, he met his untimely death while responding to a robbery incident on the Tamale-Walewale highway.

The late police officer was the leader of an anti-robbery taskforce deployed to counter robbery activities and ensure the safety of commuters on the highway.

He led his team to perform creditably until his untimely death while on duty.