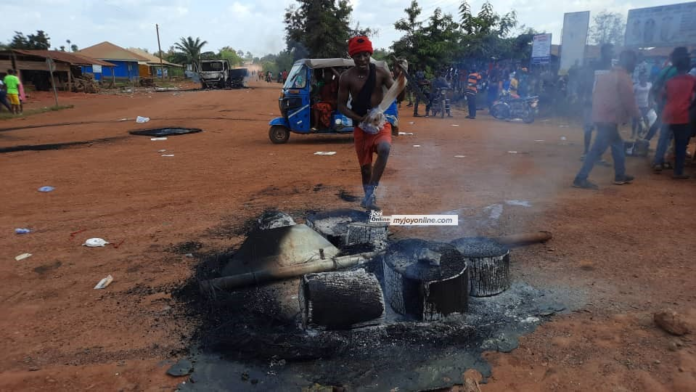 Security has been beefed up at Kenyasi in the Asutifi North District of the Ahafo Region a day after a clash between the youth and duty officers stationed at Newmont mining limited left one person dead and four others injured.

The youth, carrying various weapons, roamed the streets burning two vehicles, vandalising another and destroying property deep into the night.

Police managed to calm nerves and are keeping watch to sustain peace.

Sources say personnel from the Formed Police Unit and Counter-terrorism Unit stationed with Newmont had an altercation with a motor rider gunning one person down in the ensuing struggle.

His death sparked a revolt by the youth leading to four more people being shot.