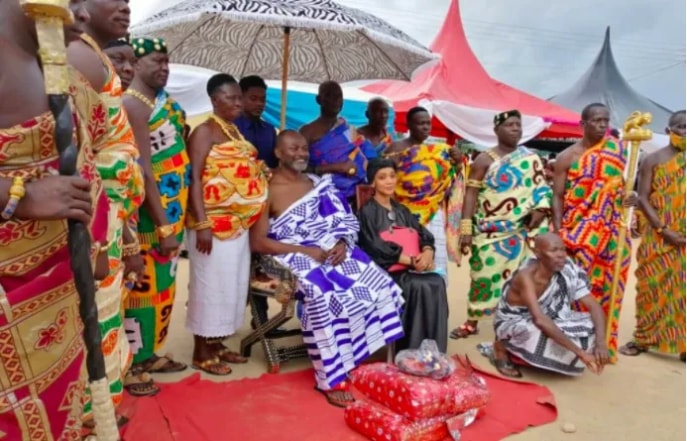 New Patriotic Party Member of Parliament for Assin Central, Kennedy Agyapong, has been enstooled chief at Assin Dompim in the Central region.

Reports indicate the outspoken lawmaker has been enstooled the Aboafour Hene, to wit blesser.

Photos from the ceremony, which have flooded social media, captured moments residents amid music and dance cheered the lawmaker on.

Many touted Mr Agyapong’s devotion to improving the needs of the vulnerable, including women, was not only admirable but an attribute that marked him out. 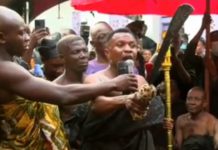