Quiz Mistress of the prestigious yearly National Science and Maths Quiz, Dr Elsie Effah Kaufmann, has confessed that people come at her every year after the competition for not making their school win.

She said in an interview with Rev Erskine in the Myd-Morning Radio Show on YFM that this has happened so many times that she is even used to it now.

“After every competition, the losers think it’s the quiz mistress that did it so every year, I get accusations. Sometimes, I get hate mail and it comes from all over the place, you’ll be surprised,” she said.

According to Dr Kaufmann, the contestants do understand the dynamics of the contest and do not have issues with her but the supporters on the other hand, always seem to think she cheated their respective schools.

“It’s the supporters. The old boys. Somebody from some year group in the 1970s, sitting in some country elsewhere will send me hate mail because their team lost and it was me being biased and intimidating their students,” she added.

Dr Kaufmann mentioned, nevertheless, that she does not mind because being the mistress of the National Science and Maths Quiz is a job that she loves and enjoys doing, hence she knows better than to be put off by the negative aspects of it.

It is produced by Primetime Limited, an education-interest advertising and public relations agency since 1993 and is anchored by the intellectual Dr Kaufmann.

This 2020 NSMQ competition came to a climax Thursday, the 8th of October with PRESEC being crowned winners for the sixth time, after beating their two tough opponents Adisadel College (Adisco) and Opoku Ware Senior High School (Owass) at the finals.

The competition ended with the schools securing 36 points, 31 points and 21 points respectively. 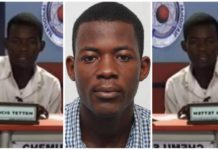 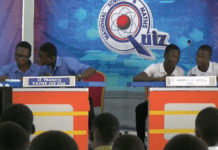 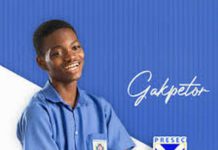 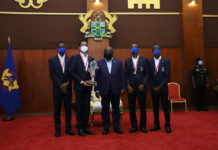 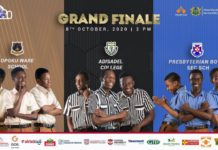 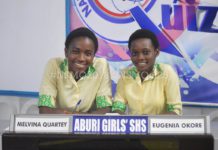