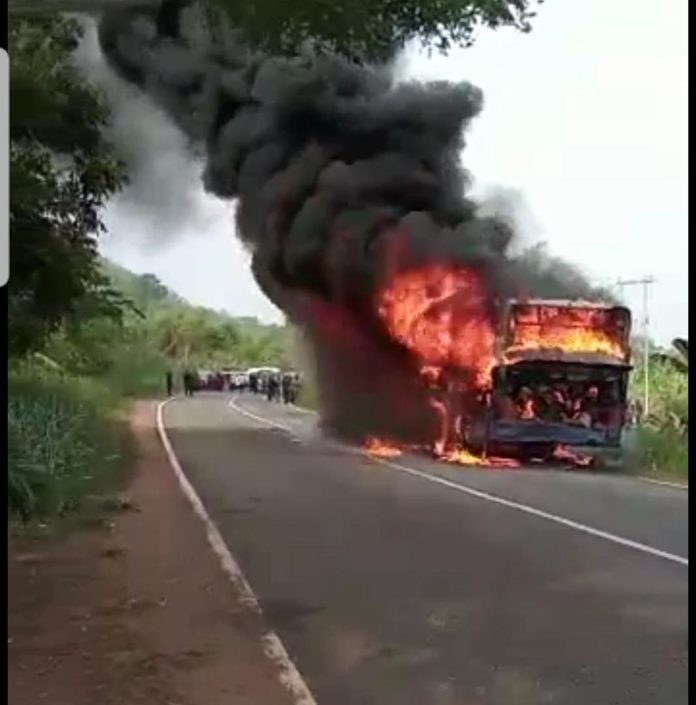 Passengers fled for their lives when a Metro Mass Transit bus caught fire on the Ho-Tsito road.

The intercity bus that was conveying passengers from Kumasi to Ho caught fire few minutes after take-off.

According to sources, the bus developed some mechanical faults, causing the front part of the vehicle to spark fire.

More than 20 passengers escaped unhurt as smoke takes over.

“The incident was happening as they were disembarking, but all of them came out unhurt,” a source told Adom News.

Although Firefighters rushed to the scene to control the fire, the bus was burnt beyond repair.

The cause of the fire is yet to be established.

The issue of road fires has been prevalent in the first quarter of the year. Two of such major fires were recorded in the previous month.