The National Democratic Congress’ (NDC) 2020 electioneering campaign promise to regulate and legalise the operations of motorbikes for commercial purposes (Okada) in the country still stands, a National Executive Committee (NEC) member of the party, Cecilia Asaga, has said.

Consequently, she said the next NDC government would establish cooperatives for all Okada riders to enable them access loans and overdrafts for their business.

Under the scheme, they would also be provided with insurance cover and be made to contribute towards their retirement, old age among others.

Ms Asaga stated that when she presented some food items and soft drinks to members of the Okada Riders Association at Borteyman in the Tema West Constituency last Tuesday for the new year celebration.

The gesture was to show her appreciation to the members of the association for their support during her campaign to become a NEC member of the NDC.

Ms Asaga, therefore, called on them to vote for the NDC to win the 2024 general election to bring that promise into fruition. 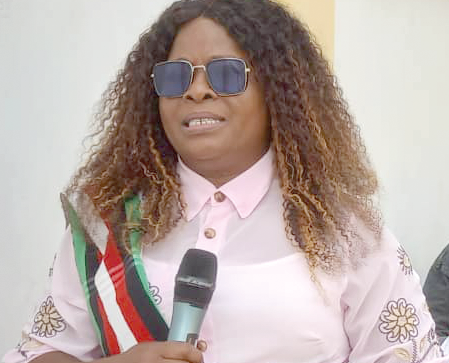 Addressing the Okada riders, Ms Asaga said that promise still stood and the next NDC government would create an enabling environment for their business to be regularised as it would be one of the means to create jobs and solve the massive unemployment situation in the country.

“What I can assure you is that that promise still holds and the next NDC government will create an enabling environment for your business to be regularised as it will be one of the means to create jobs and solve the massive unemployment in Ghana,” Ms Asaga added.

The NDC NEC member stated that the New Patriotic Party (NPP) government in an attempt to discredit the popular campaign promise of legalising okada said they would provide them with taxis on work and pay terms but that promise did not materialise.

Election 2020: A choice between NPP and ‘okada’ manifesto – Gabby

“This is a clear manifestation that the NPP is a deceitful government. Some politicians come to you during an election year to make all manner of promises to you and when they win power, they abandon you, I am not such a politician and the NDC will never abandon you when we win power,” she assured.

Ms Asaga, who said she sometimes patronises the services of okada, said she could attest to the fact that it is fast, affordable and its ability to reach inaccessible routes made it a preferred choice and means of transport.

“If we regulate and legalise the okada business, we wouldn’t need the e-levy because you will willingly pay your taxes and levies, wouldn’t you?” she asked the riders.

Ms Asaga said the country was faced with serious challenges when it came to domestic revenue mobilisation, yet the NPP government did not have a clue as to how they could mobilise revenue domestically.

“Can you imagine the amount that can be raised in taxes from okada riders?” she asked.

“The fact is that if you create an enabling environment for the okada business to thrive, the riders will willingly pay their taxes like what pertains in Kigali, Rwanda and other jurisdictions,” Ms Asaga observed. 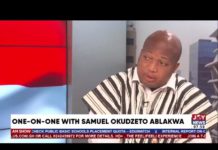