Kojo Oppong-Nkrumah, the Information Minister, explaining the rational behind government’s decision to withdraw the bill meant to amend Article 243(1) and cancel the December 17 referendum, says the two are interdependent.

According to him, an amendment of Article 243(1) without a ‘Yes’ vote in the referendum would bar political parties from fielding candidates for local level elections.

“If you amend Article 243(1)] and leave Article 55 (3) as it stands now, what you are by necessary implications saying is that we are making the positions of Metropolitan, Municipal and District Chief Executives (MMDCEs) elective. Anybody can contest for it except political parties and that is an anomaly,” he explained.

Speaking in an interview on Accra-based Citi FM, monitored by Adomonine.com, the Minister said “if you are making the position elective, everybody must be allowed to run for it including political parties.

“Government was insistent on breaking the hypocrisy at the local level, which is already known to have unofficial partisan influences, and was also concerned about accountability and breaking the winner-takes-all jinx,” he added.

President Nana Akufo-Addo in a nation address on Sunday to state his position on the referendum said he could not go ahead without “a durable national consensus” on the matter though he was confident the ‘Yes’ vote would have triumphed if the referendum had come on. 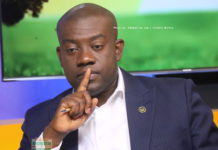 Are you a surgeon? Asiedu Nketia jabs Oppong-Nkrumah 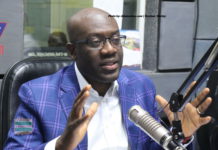