One person has been shot dead in a robbery at a sand winning site at Gomoa Manso in the Gomoa Central District of the Central Region.

The deceased has been identified as 26-year-old Kwame Abeiku while six others also have sustained various degrees of injuries.

Reports indicate the robbers, suspected to be Fulani herdsmen, made away with GHS 46,000.00.

The injured persons have been rushed to the Agona Swedru Government Hospital for treatment while the body of the deceased has been deposited at the mortuary.

Meanwhile, the police have assured that the perpetrators would be brought to book.

Car snatchers arrested after being involved in an accident 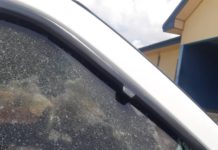 Kasoa: Police save the day as armed robbers attack another bullion van 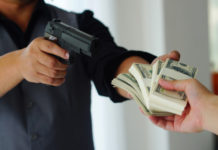