A 43-year-old woman has died and others injured following a premix fuel explosion at Apam in the Central Region.

Another person is said to be on admission at St Luke’s Catholic Hospital while two others who sustained minor injuries have been treated and discharged.

The incident reportedly occurred on Saturday and the deceased has been identified as Maame Esi.

According to reports, the deceased allegedly set fire on a coal pot near the premix fuel resulting in the explosion.

She died was rushed to the St. Luke Catholic Hospital but died whiles doctors were getting ready to refer her to Korle-bu Teaching Hospital for further treatment. 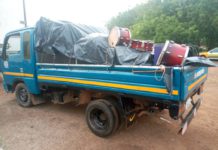