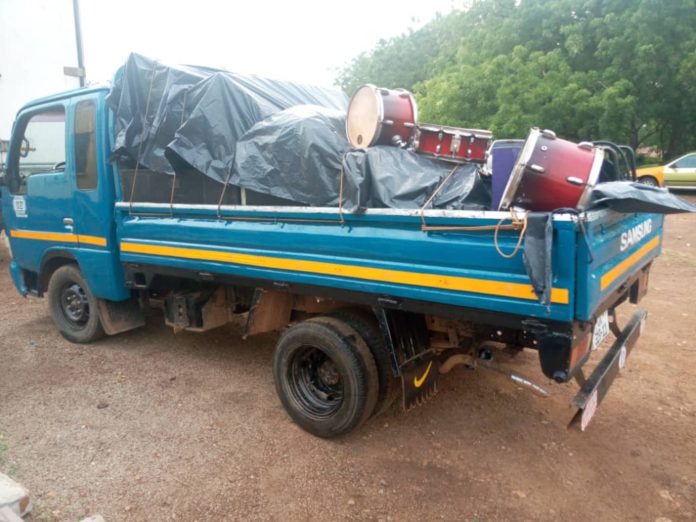 The Central Regional Police Command has detained a 50-year-old driver for running over one of its officers at a snap checkpoint at Apam.

This, she said, resulted in him knocking down 39-year-old Sergeant Salihu Hifzullar who was on snap check duty.

The incident, which occurred on Saturday at Greenfields’ snap check on the Mankessim- Apam road, severely injured the officer.

Sergeant Hifzullar died whilst receiving treatment at the Catholic Hospital at Apam.

Earlier this year, a police officer with the Legon Motor Traffic and Trasport Directorate died after he was run over by the driver of a commercial vehicle, popularly known as ‘trotro’.

According to reports, Sergeant Moses Appiah was pronounced dead at the 37 Military Hospital where he was sent for treatment after the incident.

Witnesses at the scene said the driver ran over the officer when he stood in front of his bus in a bid to avoid arrest.