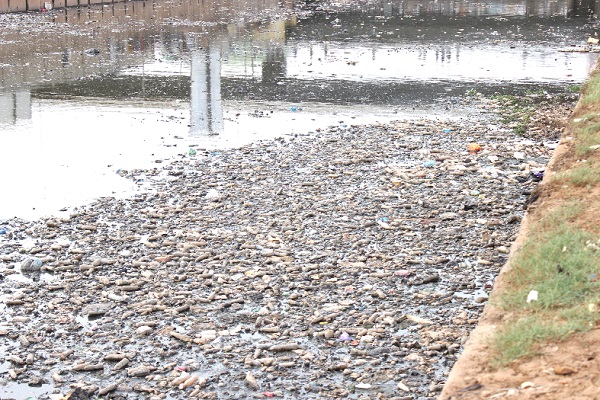 The Odaw drain, which begins at the Caprice Bridge at Alajo and runs 10 kilometres to the edge of the Korle Lagoon in Accra, is choked.

The drain was constructed to carry water from the Odaw River and rainwater from upland areas such as the Aburi Mountains into the sea to avoid flooding in the national capital.

However, a cocktail of activities, such as the erection of makeshift settlements along the entire stretch of the drain, has led to the dumping of refuse into the drain.

Degradable and non-degradable rubbish could be seen floating in the dirty water that had filled the drain when a Daily Graphic team monitored the situation over a period of three weeks.

It was also observed that dredging activities which prevailed in the drain around the same time last year were absolutely absent.

The absence of dredging to de-silt the drain has sparked concerns among some residents along the drain ahead of this year’s major rainy season, expected to start this month.

Some of the concerns the residents articulated were mostly informed by past flooding experiences that resulted from the choked state of the drain, especially around Odawna at Adabraka.

A vulcanising shop operator, Samuel Nuamah, told the Daily Graphic that the possibility of the area flooding as a result of heavy rainfall could not be ruled out this year due to the choked nature of the drain.

“This year, we have to be more careful because they have stopped the work (de-silting) in the drain and the rubbish is taking over. If it rains, there can be flooding,” he said.

Mr Nuamah called on the government to start de-silting the drain before the rains begin to avert any disaster.

A source at the company which had in the past led the de-silting exercise in the Odaw drain, Dredge Masters Ltd, told the Daily Graphic that the company completed the fourth phase of dredging the Odaw River drain last year.

This year, it said, the concentration had shifted to the lower basin of the Korle Lagoon where dredging work was currently ongoing.

Asked why the upper basin remained choked after weeks of de-silting and why the portion had been abandoned, it said activities of illegal settlers along the banks of the drain were to blame for the choked drain.

The source said the government must find a means to stop such activities along the drain to avoid the dumping of refuse into the drain, especially after de-silting activities.

“We have done our part, and that was the fourth phase of the project, so what you see now is a secondary thing — people have gone back to choke the drain with filth, but we have finished,” it said.

Last year, Accra did not experience extensive flooding as it used to due to efforts by the government to maintain storm drains and de-silt rivers and lagoons both in the dry and the rainy seasons.

Under the Accra Sanitary Sewer and Stormwater Drainage Alleviation Project, maintenance dredging works were carried out in selected drains in the capital city that were prone to flooding to keep them at their original design capacity.

The de-silting works were carried out in the Odaw River and the Lower and Upper Korle lagoons to rid them of debris and rubbish which had built up in them due to human activities.

As a result of the de-silting works, a Daily Graphic team that monitored the flooding situation in some flood-prone areas, such as Odawna, the Graphic Road, Adabraka, Kaneshie and around the Kwame Nkrumah Interchange, last year did not encounter flooding at those places, in spite of hours of downpour. 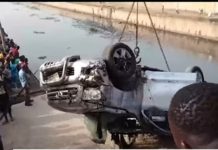 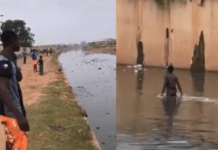