Former Nigeria President, Olusegun Obasanjo, has said he would live the rest of his life serving humanity as a statesman.

According to NAN, Obasanjo said this while speaking on Saturday in Abeokuta at the 20th anniversary of the Communion Faith Assembly and new chapel dedication.

Obasanjo told the gathering that he arrived from Sudan on Friday night and would be travelling back to the United States on Sunday.

“I am committed to global peace and service to humanity and I am here to play my part in peacebuilding,” he said.

The former Nigerian leader noted that the best way to determine a successful life was by measuring one’s positive impact on others’ lives.

Obasanjo especially hailed the Christian leadership in Ogun. He said they have continued to act as peace agents in the state 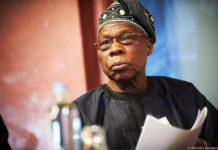 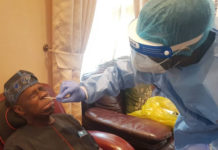 I tested positive for COVID-19 – Obasanjo

Buhari trying to kill me – Obasanjo cries out