First runner up in the first edition of Adom TV’s reality show, ‘Nsoromma’,  Nhyiraba Gideon is asking his fans to look out for more from him this year.

Speaking to JoyNews, he hinted on some singles and collaborations his fans should expect from him this year.

“You are going to hear a lot from me this year, because we are releasing a lot of singles this year and lot collaborations as well. Ghana should watch out for Nhyiraba Gideon,” he hinted.

When asked how many singles to be expected from him, he revealed he will be releasing four to five songs.

Nhyiraba, born, Gideon Osei Bonsu touched on some gospel acts he will be working with. “He have Efe Grace on board, we have Joyce Blessing and other artistes on board too.” 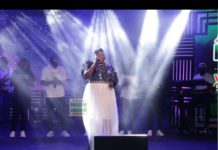 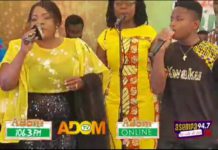