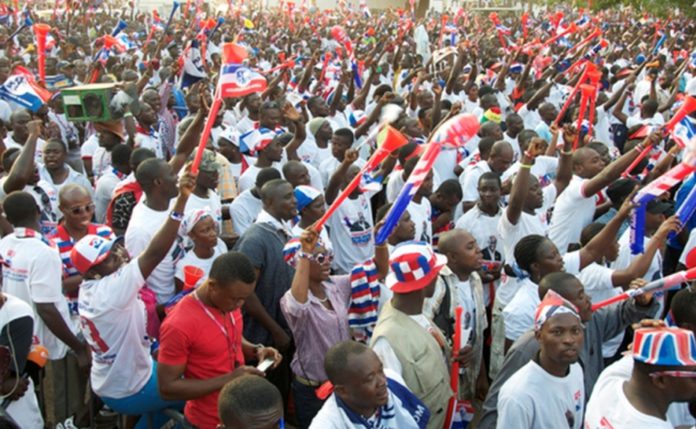 There was prolonged gunfire between rival New Patriotic Party (NPP) youth groups last night in Tamale near the West Hospital.

Eyewitnesses in the area said the shooting lasted close to 30 minutes.

One eyewitness, who spoke to JoyNews on condition of anonymity, said they saw two persons on a motorbike arrive at an office purported to be for the Invisible Forces in the Tamale Metropolis, wielding weapons. They later started firing gunshots.

According to the witness, occupants of the office immediately took to their heels.

The person said more people joined in the shooting into the office and vandalised property in the area.

The eyewitness said the misunderstanding is believed to have started in Kumasi at the NPP National Delegates’ Conference.

Osman Yaro, who spoke to JoyNews on behalf of the Task Force, one of the rival groups, said one of their members who is known as ‘See me’ was accused of being an armed robber in Kumasi by the Invisible Forces and subsequently subjected to beating.

He said seven members of their group were arrested but later released.

According to Yaro, the Tamale Invisible Forces connived with their counterparts in Kumasi to attack their leader. He added that some media portals published reports that seven armed robbers were arrested at the conference.

These stories he said, mentioned members of the Task Force as the robbers, which did not sit well with them.

He contended that the attack on the office of the Invisible Forces was undertaken by members of the group, “the Invincible Forces themselves were the ones firing guns.”

But Mohamed Alhsassan, who spoke on behalf of the Invisible Forces, denied claims that they accused the Task Force commander of being an armed robber.

He referred to his group as the party’s security.

Mr Alhassan added that the Task Force group had lobbied some party supporters to join them from Tamale to root for Alan Kyerematen as flagbearer during the party’s delegates’ conference.

He said when they arrived at the conference in Kumasi, they forced themselves through security and in the process some of them were arrested.

Mr Alhassan said they identified some of their members as part of the security in Kumas, the reason they launched an attack on them last night.

Northern Regional Communications Director, Mohammed Sharif, said the matter has been reported to the party’s regional hierarchy, this, he would not comment further.

But some supporters of the NPP are attributing it to the factions that are emerging due to the pending flagbearership contest. 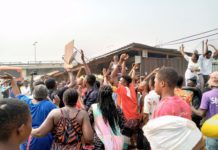 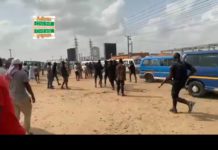 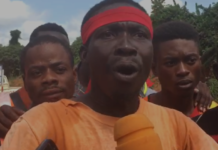