According to the president, the greatest investment to make in a country is to invest in it’s people, therefore, he intends to do so by investing in the education of the people.

“What I’ve realised is that countries that are leading in development began by investing in the education of their people and that helped a lot,” he said on Kumasi-based Wontumi FM.

President Akufo-Addo, after assuming office in 2017, introduced free Senior High School (SHS) education in the country to ease pressure on parents and build the country’s human resource base.

According to him, a look at people dropping out of school because of financial difficulties was a major bother to him, therefore, he decided to save the situation.

This, he said, led to the birth and implementation of the free SHS policy.

“I don’t want to give a timeline but I’m sure it’s possible,” he said.

“For now what has been put in place is a system where students at the tertiary level are provided loans while in school to help them cater for their needs but we’re considering free Tertiary education too,” he said. 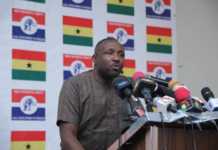