The National Democratic Congress’ (NDC) Deputy Director of Legal Affairs, Baba Jamal, has said the party will decide its next line of action following the Supreme Court’s dismissal of its 12 interrogatories.

Describing the development as shocking, Mr Jamal noted the legal team will study the court ruling to guide them but did not emphatically state what the action will be.

The Supreme Court, during the second hearing of the 2020 election petition on Tuesday, January 19, 2020, dismissed a motion by former President John Mahama seeking permission to elicit answers to some 12 interrogatories from the Electoral Commission (EC).

Mr Mahama, through his legal team, led by Tsatsu Tsikata, was demanding answers to questions such as how the presidential election results were transmitted and the level of involvement of the National Communications Authority in the transmission process.

Because of changes to C.I. 99, which has put a time limit on the hearing, the court noted that it was mandated to ensure expeditious handling of the petition and questioned the relevance of Mr Mahama’s questions to the EC.

Reacting to this on Asempa FM’s Ekosii Sen, Mr Jamal said:” A lot of us are surprised by the ruling of the Supreme Court today because the interrogatories raised today by our counsel were not out of the law but within the law so we are studying the ruling and would decide the next action to take.”

Mr Jamal reiterated the purpose of the interlocutory applications was to speed up the process of the election petition.

“Nobody decides for us how we want our case to be but we wanted the interrogatories to help us formulate our issues,” he added. 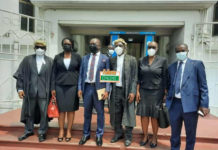 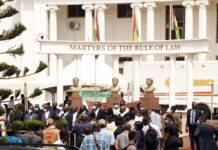 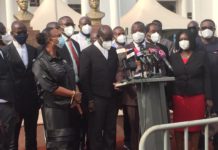