The ministries of National Security and Defence have rendered an unqualified apology to Warrant Officer (WO1) Mashud Salia, who was assaulted by some plain-clothed personnel of the National Signal Bureau.

The ministers expressed same sentiment to the Ghana Armed Forces.

The incident occurred on Wednesday, November 25, 2020 around Tulaku Junction on the Ashaiman- Akosombo highway.

Henry Quartey, the Deputy National Security Minister, and Lt Gen Obed B. Akwa, the Chief of Defence Staff, conveyed the apology at a durbar held at Michel Camp, Tema on Saturday with troops of the1Bn.

A statement, signed by Colonel E. Aggrey-Quashie, the Director of Public Relations of the Ghana Armed Forces, and copied to the Ghana News Agency, assured all ranks that the matter was being thoroughly investigated and anyone found culpable would be dealt with in accordance with the law.

Present at the durbar were the Chief of the Army Staff, Maj Gen T. Oppong-Peprah, Chief of Staff at the General Headquarters, Rear Adm. I. A Yakubu, Flag Officer Commanding Eastern Naval Command, Cidre E.A. Kwafo.

Soldier in court over alleged sexual intercourse with a minor 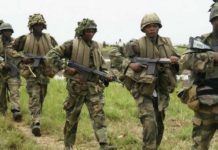 COVID-19: Man dies in struggle with soldier over gun

Soldier ‘kills’ sister of lady who called him to beat neighbour 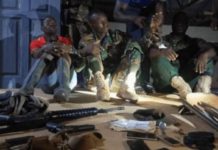 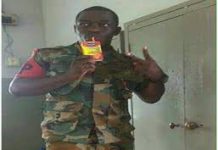