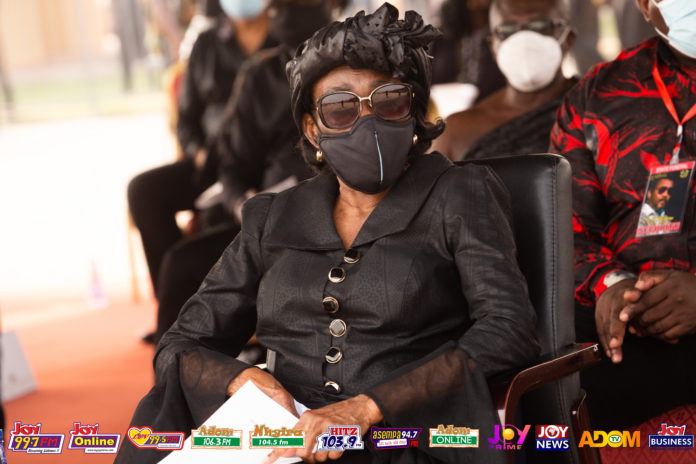 The President of Ghana, Nana Addo Dankwa Akufo-Addo, has announced that the University for Development Studies (UDS), Tamale will be renamed after Jerry John Rawlings to honour his memory.

Nana Konadu Agyeman-Rawlings, in response, clapped to welcome the announcement.

Mr Rawlings, while alive, rejected an offer for the university, which he supported to establish, to be named after him, because he had a personal principle of not naming any national monument after him.

But in his tribute, President Akufo-Addo indicated that the family has accepted that the university be named after the late former President.

He said: “Whilst he was with us, he, respectfully, declined an offer I made to him, in 2017, to have the University of Development Studies, Tamale, which he, personally, helped establish, named after him.

“His reason was that, in adhering to a long-standing principle, he did not want to have any national monument or facility named after him.

“Two days after his passing, at the 21st Congregation of UDS, I expressed my strongest convictions, in spite of his reservations, that such an honour should be accorded him. I am glad that this has found favour with his family, and the necessary formalities will be carried out to achieve this, i.e. The Jerry John Rawlings University of Development Studies, Tamale.”