United States (US)-based musician, Dzorvakpor Luis Yao, known by his stage name Jorvago, has released his latest song dubbed ‘Yewoso’ for music lovers based in Ghana and beyond.

The highlife song, which was produced by Emergency Beats and mastered by popular producer Kaywa, has garnered over two million views on music streaming service Audiomack.

According to him, his newest highlife tune will take over the airwaves weeks to come.

The budding musician, who hails from Aflao and is currently based in the US, realised his music potential when he was influenced by reggae music at the age of seven.

His musical style is extremely versatile, one can find a bit of reggae, Afro-contemporary, and other rhythms.

In an interview with Adomonline.com, he said he was influenced by artistes such Lucky Dube, Eric Donaldson, Bob Marley, Shaggy, Samini, Terry Bonchaka and Fela Kuti. 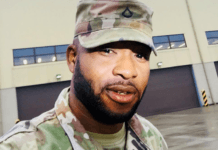