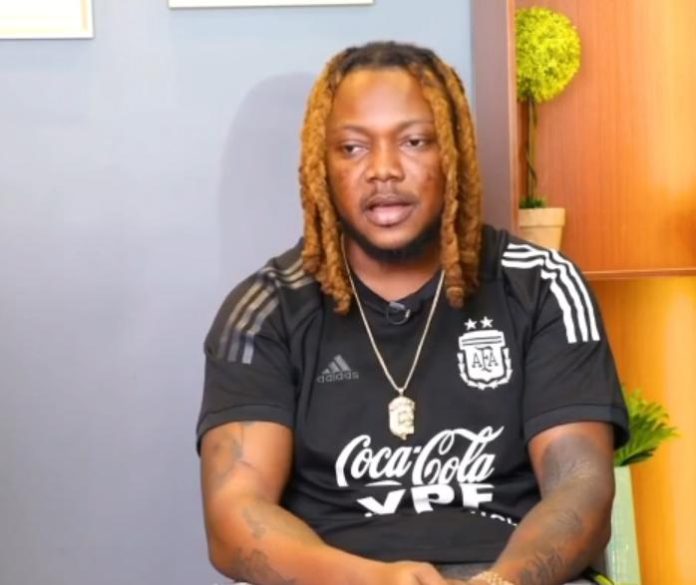 Budding Ghanaian musician, Theo Vesachi, has opened up on his experience with some personnel of the Ghana Armed Forces.

The artiste, some weeks ago, was accosted and harassed by two military officers for donning military fatigue, and he was forced to strip off the clothing in public.

Finding his voice in an interview on Ameyaw TV, Theo Vesachi revealed he was ignorant of the latest directive for non-officers to desist from using military fatigues and accoutrements without permission.

He indicated that he wore the military pants to grab some food at an eatery at East Legon, where he was confronted by the personnel.

Per his narration, one of the soldiers was aggressive, while the other was bent on making him see reasons why he needed to be disciplined.

However, as his security made attempts to intervene, he said the situation angered the soldiers who then applied pressure.

“I was so scared so I tried to move away to my car and they followed up saying that they are trying to talk to me and I am not responding so I should take it off,” he said.

To save the shame, the Frass composer said he tried entering his car but they blocked the door and ordered him to kneel down.

At that point, he added that the scene attracted attention so he had no option than to comply and subsequently stripped off his military fatigue before he sped off in his car.

It is netizens’ opinion that the whole military incident is a stunt for his latest song, but he said he would not offer money just to be embarrassed in public.

He fumed that if it was a stunt, he would have ordered for a clearer view of himself just to sell his brand.

However, he was quick to add that he took advantage of the buzz around the incident to promote himself and his music.