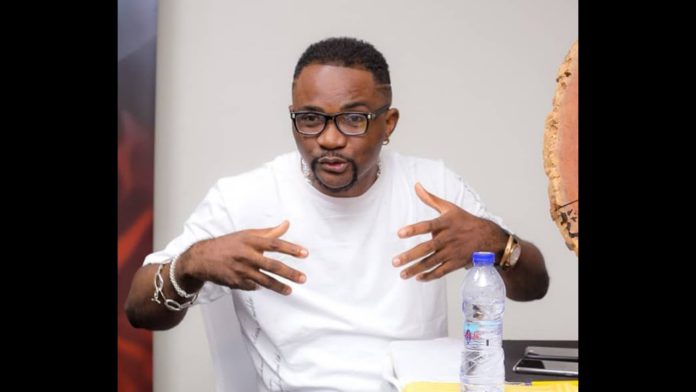 “Kevin Taylor is knowledgeable but not wise, he just talks for the moment and doesn’t think of his words before spewing them out.”

This is the opinion entertainment pundit, Mr Logic, has of loudmouth social commentator, Mr Taylor, for issuing threats to the family of Stonebwoy.

Mr Taylor made waves on social media after jabbing Stonebwoy for advising Ghanaians not to politicise the #Fixthecountry advocacy.

He went as far as predicting that while Stonebwoy is having a time of his life in the United Kingdom, a call will come through his phone, announcing to him that a thug, dissatisfied with the system, has shot both his wife and daughter in the head.

Reacting to what he described as a loose talk, Stonebwoy has revealed he expects a retraction and apology, else he will involve the police.

An arrest of Mr Taylor, to Mr Logic, will be a step in the right direction, however, he is pessimistic it would tame the ‘wild bull’.

Mr Logic believes if Mr Taylor would be restricted from accessing social media, his voice would be rendered powerless and Ghanaians will have the peace they deserve.