Artiste manager and chairman of the Songwriters Association of Ghana, Mr Logic, has slammed rapper Yaw Tog and his management team over statements he made about United Kingdom (UK) rapper Stormzy.

The ‘young bull’ has been trending on social media after he admitted in an interview that he and Stormzy benefited from the Sore collaboration they worked on, which also featured Kwesi Arthur.

In the interview, Yaw Tog admitted that Stormzy gave him a solid foundation on the international scene due to the collaboration, adding that, he equally gave the UK rapper a local push.

But reacting to this, Mr Logic said Yaw Tog needs to be coached because “he doesn’t know how to speak.”

Speaking on Daybreak Hitz on Hitz FM, Mr Logic asked Yaw Tog’s management to rather voice out on the issue than resorting to their comfort zones as they trend on social media.

He is wrong for saying he made people hear from him. You know the weight of the two… It’s unfortunate he spoke like that… If he did say this he didn’t try… I would not agree, he said.

Sammy Forson is right… he spoke carelessly paa… we respect predecessors… this is something I am telling Yaw and his management. If the young man doesn’t know how to communicate, they should talk to him.

They should prepare questionnaires so they prep him. Do you know what it takes to come up as a rapper in the UK? First of all, he refused to speak on the matter isn’t well with me, he told Andy Dosty. 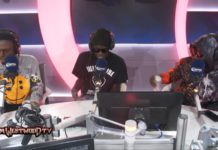 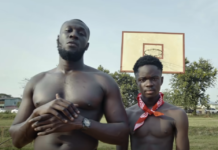 Yaw Tog breaks silence over Stormzy statement with this video…