The argument stemmed from a discussion over publicity stunts in the music space where Mr Logic accused Bullet of paying presenter Nana Romeo to insult his female act, Wendy Shay for hype.

According to Mr Logic, he was informed by Nana Romeo that Bullet allegedly paid him to diss Wendy Shay when she got late for an interview with him earlier this year.

You paid for it. And your artiste was embarrassed. The source is the person who hosted the show. If he wants a stunt I will prove to him, Mr Logic alleged.

But the Rufftown Chief Executive Officer called Mr Logic a liar, adding that he had never paid anyone for hype ever since he started managing artistes in Ghana.

Mr Logic is a liar. Why will I pull such a stunt, for what? Emergency is a good song so why will I go on to allow someone destroy my artiste. The music is good enough to do to the talking, Bullet told host Jay Folley.

Additionally, Bullet said he is still trying to figure out why Mr Logic has been slamming him or any singer that gets signed to his music label.

The interview escalated when the host invited Nana Romeo to blow out his side of the story on the same Daybreak Hitz show.

According to Nana Romeo, who denied ever telling Mr Logic that Bullet connived with him for Wendy Shay to trend, he knows nothing about what Mr Logic was propagating.

When the whole thing happened, Logic is my friend so we spoke and he told me Romeo ‘I am going to give it to Bullet.’ And I told him ‘don’t involve me’… Even If it were a stunt there is no way I would come out to say it but it wasn’t. What does Mr Logic look forward to achieve with this? Nana Romeo queried.

However, Mr Logic continued to maintain his stand and urged the two industry players to agree to swear an oath of truth to curse whoever is lying about the matter but it fell on deaf ears. 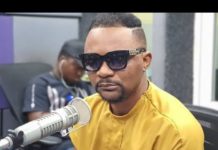 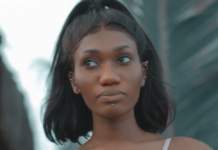 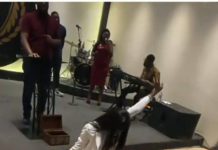 Hot photo drops as Wendy shay switches back to nursing