New Patriotic Party (NPP) Member of Parliament for Sekondi Constituency is urging former president John Mahama not to descend into the foot soldiers’ gutter with his utterances on national issues.

According to Mr Andrew Egyapa Mercer, Ghanaians have lived and witnessed what the erstwhile Mahama-led administration did during its tenure in office.

Mr Mercer’s comment follows Mr Mahama’s statements that the incumbent government should stop giving excuses for its fight against corruption.

In a statement to mark International Anti-Corruption Day, Mr Mahama said recent surveys are confirming that we [Ghana] are losing the fight against corruption and gave assurance that the National Democratic Congress will show more commitment in the corruption fight if it comes into government.

However, Mr Mercer, speaking on Adom TV’s Badwam show, was of the view that Mr Mahama has been president of Ghana before and Ghanaians know his track record.

“I am constrained in making comments because of the positions he has occupied in Ghana but Mahama should speak on issues so we debate him instead of descending into the foot soldier’s gutter,” he said.

Mr Mercer, also commenting on Mr Mahama’s assurance that no journalist would be killed, live in fear or flee the country because of his/her investigative reporting, quizzed “What did Mahama do when his aide destroyed the camera of a journalist? He should give us a break. During his time, what did he do about the attacks on journalists?” 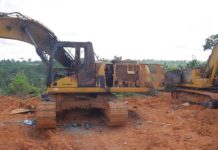 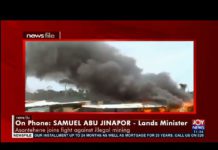 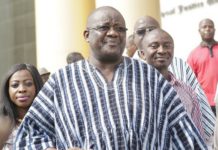 Why Paul Afoko has not been re-instated – Listen

Ladies, these are 5 things you shouldn’t say to your man...

Halt the negativities about Black Stars – Akonnor pleads with Ghanaians

Why I stopped writing songs for people – King Promise [Video]