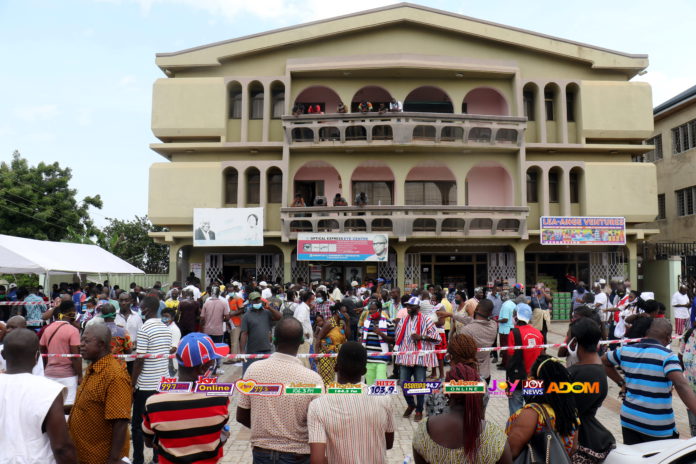 Incumbent Member for Asante-Akyem North, Andy Kwame Appiah-Kubi, has been accused of using his residence as a voting centre despite an injunction on voting in all electoral areas in the Asante-Akyem North constituency.

According to Mr Kwadwo Baah Agyemang, the former MP for the area and a contestant in the just-ended election, there were some delegates present to vote for the incumbent MP at his residence.

Speaking further, Mr Baah Agyeman who said he did not get involved in the elections, asserted that the incumbent MP after the self-conducted elections, was declared winner by the party’s constituency chairman.

According to him, the issue has been reported to the party authorities but they are yet to respond to it.

A court injunction was placed on voting in the Asante Akyem North constituency in the Ashanti Region in the run-up to the NPP’s parliamentary primaries on Saturday.

As a result of the court injunction, no voting was to be undertaken in all the 22 electoral areas in the constituency.

The injunction was due to the omission of some 145 delegates from the delegates’ album.

Listen to interview below:

NPP Primaries: Check out some incumbents who lost their seats