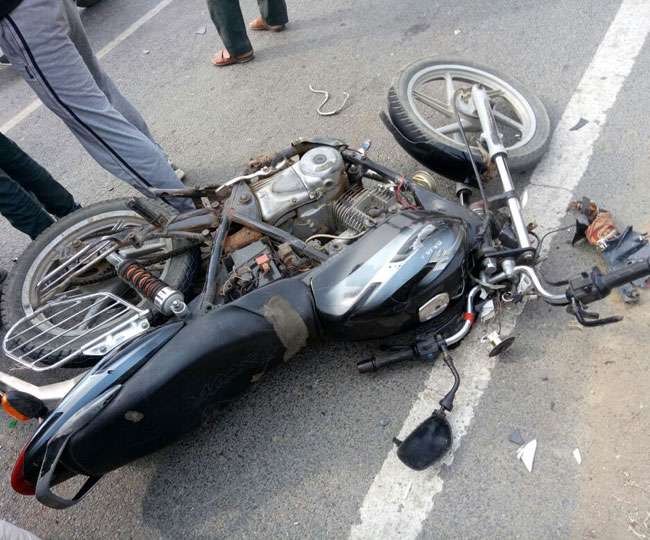 A motorbike rider and his pillion have died on-the-spot after crashing head-on with a moving vehicle in between Natwi-Akura and Dormabin in the Krachi East Municipality of the Oti Region.

The deceased, identified as Bisipu Iyal, 38, and Bidala Nda, 55, were found lying in the middle of the road dead.

Superintendent of Police, Mr. Frank Nana Asamani, in-charge of Motor Traffic and Transport Division (MTTD) of Krachi East Municipal, who confirmed the accident to the Ghana News Agency said the bodies have been deposited at WoraWora government Hospital for autopsy while investigations are underway to ascertain what caused the accident.

He said the deceased crashed into an Opel Astra with the registration number AW1974-Z with the driver’s side dented from the impact of the motorbike.

He said the driver, Bright Anku sustained some injuries and was rushed to Tokuroano Clinic and later referred to Ho Teaching Hospital for medical attention.

Mr. Asamani said the accident vehicle and motorbike were towed to Tokuroano Police station for safekeeping and testing.