According to Kwabena Okyere Darko-Mensah, the viral report was an attempt by some unscrupulous persons to ruin his hard-earned reputation.

In October 2022, a post, which went viral on social media, read, A Regional Minister collapses as his driver bolts with GH¢17 galamsey proceeds. Driver is reported to be in Ivory Coast at the moment.

Though no name was mentioned, Mr Darko-Mensah released a statement in which he disclosed he was healthy and alive following the reports.

Setting the records straight on Asempa FM’s Ekosii Sen, the Minister, who doubles as Takoradi MP, described the report as a scam, stating he had issues with parts of it, hence his decision to react.

“I never collapsed and have never collapsed in my entire life. The report was just a scam and propaganda. To me it is just a deliberate attempt by some people who are not happy with my fight against galamsey to destroy me and also pull me back,” he said.

The MP, however, noted this will not cause him to relent on his zeal to fight the menace to the latter.

I can single-handedly stop galamsey if … – Chief tells Akufo-Addo

“We are fighting galamsey seriously because I do not believe in galamsey. I believe that mining is a core occupation of Ghanaians and must be done well and clean and I have won an award in France,” he touted. 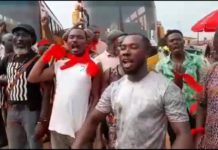 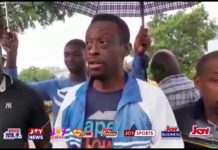 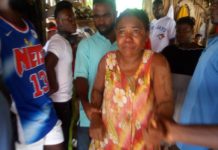