Photo and Video of Kennedy Agyapong’s now legally married wife have popped up following the celebration of his 60th birthday on June 16.

The controversial lawmaker, speaking in an interview, disclosed he has 22 children who were from two legally married wives and 10 mistresses.

Mr Agyapong on his birthday eulogised one of the wives, Mrs Wilson Stella Agyapong, describing her as the most tolerant and patient woman on earth.

The visuals sighted on Instagram captured the duo in a fun moment at an event with the wife identified as Christiana.

Watch the photo and videos below: 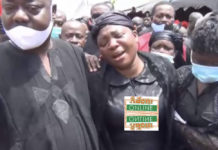 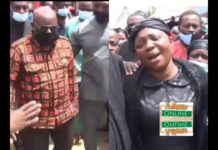