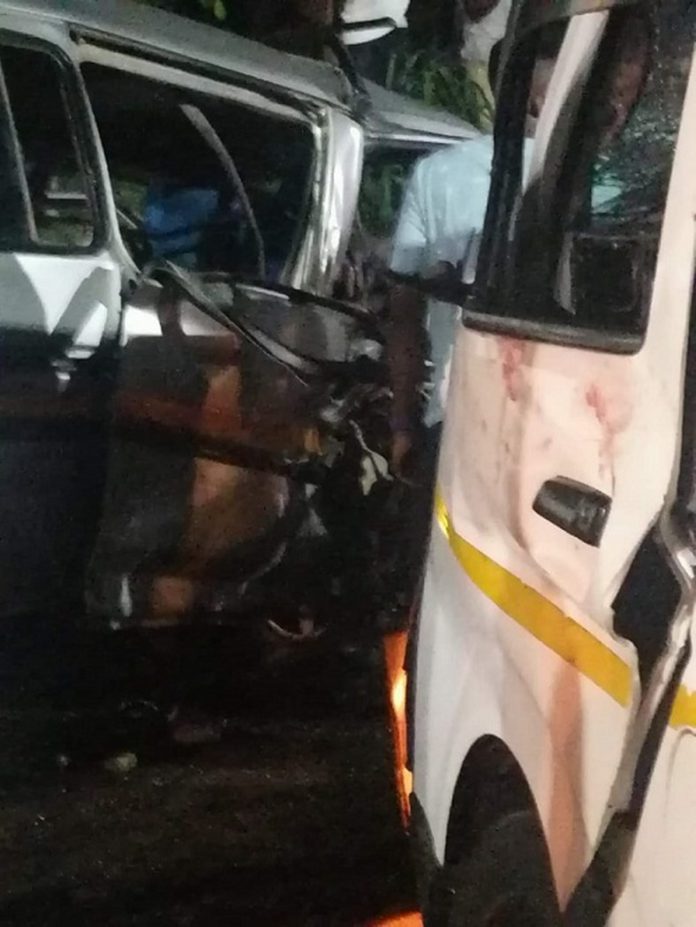 Several passengers are in critical condition following a head-on collision on the Oyoko stretch of the Koforidua to Bunso highway in the Eastern Region.

The Hyundai minibus with passengers was reportedly travelling from Koforidua to Anyinam while the Toyota Hiace was from the opposite direction.

The collision occurred after the Hyundai driver, according to witnesses, made a wrong overtaking in a curve and crashed with the oncoming Toyota Hiace whose driver was speeding.

The passengers, following the crash, were trapped in the vehicles and it took joint Police and Ghana National Fire Service personnel over two hours to rescue them.

The victims were rushed to the St. Joseph Hospital and Eastern Regional Hospital for treatment.