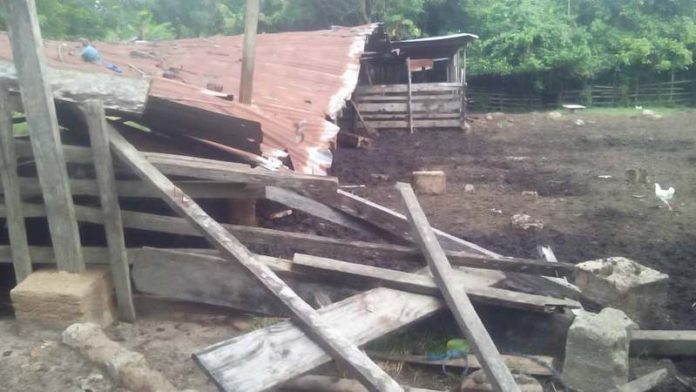 A 34-year-old man has been shot dead by armed robbers at a cattle ranch at Adeiso in the Eastern Region.

The robbers also slashed the head of Mohammed Halidu, 20 and made away with 20 cattle in three Benz sprinter buses.

The deceased, Eric Oppong, a worker at the cattle farm was shot by one of the armed men when he allegedly struggled with them.

The robbers were said to have tied the workers including their children and wives with ropes while they stole their watches, mobile phones, money and other personal belongings.

Adeiso District Police Commander, ASP Bafuor Awuah, told Joy News the police have launched investigations into the case in an effort to arrest the robbers.

“We had information that about 7:30 pm a group of armed men numbering about 15  had robbed a cattle farm, shot one person, slashed one person’s head with a cutlass. We proceeded to the scene and started preliminary investigations. As at now, we haven’t been able to make any arrest,” he stated.

The body of the deceased, according to the police boss, has been deposited at the police hospital awaiting autopsy.