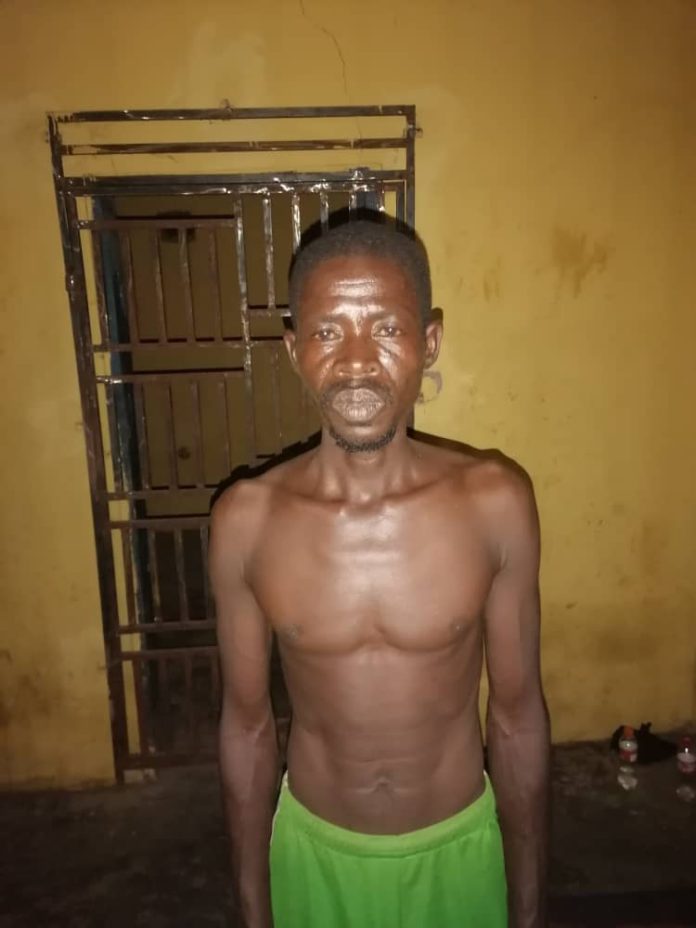 A man has reported himself to the police after allegedly killing wife at Prang in the Pru West district of the Bono East Region.

Yaw Monto, 49, confessed to shooting and killing Abena Jayor, his wife and mother-of-nine, during an argument.

He disclosed that his temperament rose high during the confrontation with his wife of over a decade and he ended up shooting her close to her neck.

Upon seeing the crime he committed and the blood oozing out of her, he continued that reporting himself to the police was the safest option.

He was arrested and put into custody to assist in further investigation.

The body of the decease is currently at Yeji Mathias Catholic hospital for autopsy and preservation.