A man facing deportation played out his drama script at a Heathrow airport after he was caught with fake passport.

The man, identified as Williams Benson, was stopped at the passport checkpoint where it was discovered he traveled from Lagos to London with a fake passport and an illegal visa stamp.

It was revealed the stamp on his passport and visa belonged to a woman, and it is believed he ripped off the pages from her genuine passport.

Faced with the possibility of an arrest, he defended the documents were handed over to him by a good Samaritan in Lagos when he narrated that he was stranded after a visit.

He dropped jaws even wider when he stated his accomplice trained him on how to beat Lagos checkpoint officials, but obviously, his trick did not work on the experienced London airport staff.

When asked for more details to process his deportation, he claimed he is a 15-year-old, born in 2006, contrary to the 1993 on his documents.

He also stated he is a Junior High School (JHS) pupil in Nigeria but a security guard in London.

He broke down in uncontrollable tears amid pleading to be given a pass, with the explanation his life will be in danger in Nigeria, but his plea was ignored. 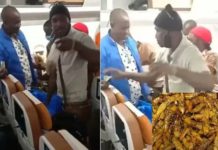 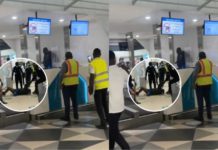 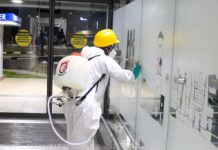 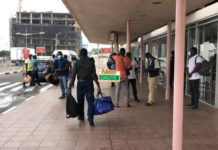