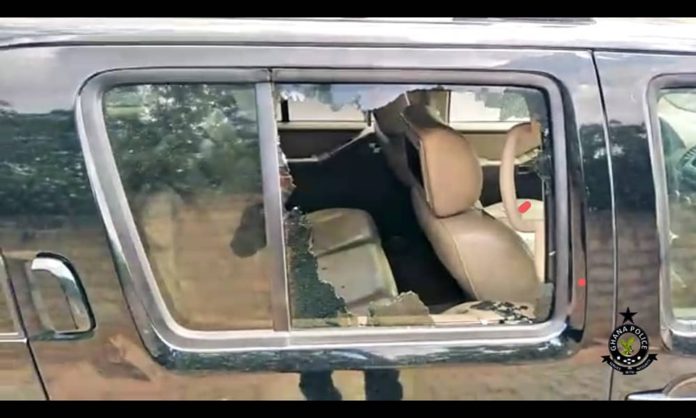 A man yet-to-be identified has been arrested for attacking a driver on the GIMPA- Fiesta Royale road in Accra.

Police sources indicate the incident occurred around 2:pm on Friday, while the driver of a Nissan Pathfinder with registration number GE-8088-11 was plying the stretch.

The suspect is said to have thrown a big stone at the vehicle, smashing its glass door and attempted to escape into a nearby bush.

However, the driver drew the attention of police officers on patrol on that stretch and he was arrested.

He has since been charged for attempted robbery, other charges and is in police custody pending due processes.