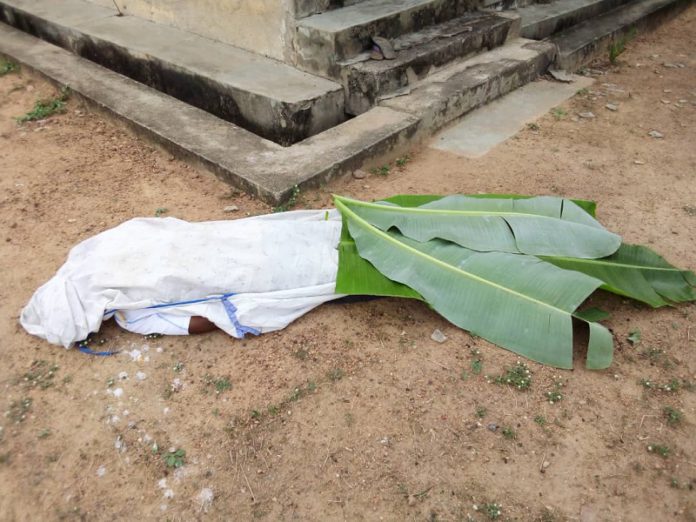 A 42-year-old man, Kofi Essien, has been found dead near a Health Centre at Breman Brakwa in the Asikuma Odobeng Brakwa District of the Central Region.

It is not clear who the assailants are.

A rope was found tied at the waist of the man who was found Thursday morning by the residents.

Residents say the deceased was fit and full of life as of Wednesday, March 9th 2022 evening, hence they were shocked to find him dead.

Meanwhile, the body has been conveyed to Our Lady of Grace Hospital at Breman Asikuma for autopsy and preservation while the Police at Breman Brakwa have launched an investigation into the matter.

No arrest has been made yet.