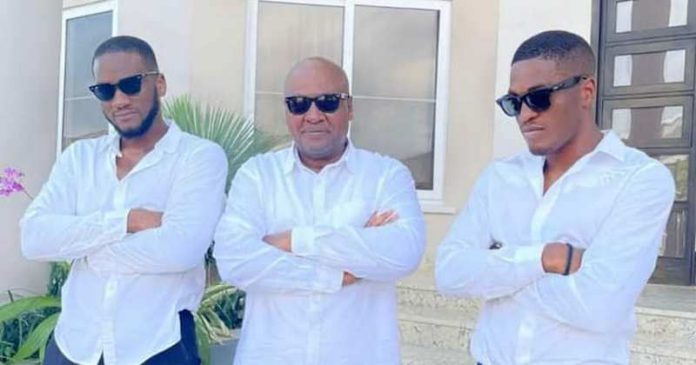 Former President John Dramani Mahama has stepped out with two of his sons, Sharaf and Shahid, in a new photo.

Mr Mahama turned 63 years old on November 29, 2021, and many photos of him and his family popped up online.

One of the photos which surfaced online showed the former president showing his swag in the company of Sharaf and Shahid.

In the photo, he wore a white shirt over a pair of blue jeans.

His sons also wore white shirt over different shades of blue trousers as they sandwich their dad between them.

The former president and his sons completed their looks with black sunglasses each and stood akimbo in the same manner.