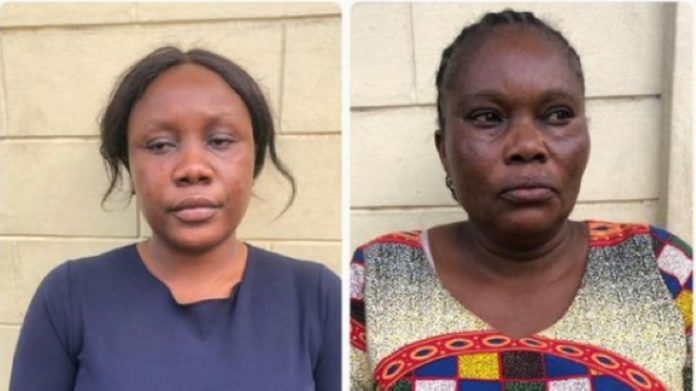 The Adjabeng District Court in Accra has fined two women, Olu Olarusi Toyin Tracy aka Tracy Mensah and Yvette Mensah a sum of GHS3,600 each or in default serve a six-month jail term.

This was after they provided false information to the National Identification Authority (NIA) for the acquisition of a Ghana Card.

The two pleaded guilty to the charges when they appeared before the court on Monday, 22 November 2021.

In addition to the GHS3,600 fine, the court has ordered that Ms Toyin be repatriated to her country of origin.

She provided a birth certificate as part of the documents required for the acquisition of the card.

The birth certificate provided indicated Ms Mensah as the mother of the applicant and another Alhassan Fuseini, also a Ghanaian as the father.

The birth certificate was issued on Friday, 22 October 2021 at the Bubuashie Office of the Birth and Death Registry.

It was, however, revealed during investigations by the Police Investigation Unit of the NIA that Ms Toyin’s biological parents are both Nigerians and only contacted Ms Mensah to play a mother role on her birth certificate to aid her acquisition of the card.

The two are also not related.

The two were charged with the offences and arraigned.