Veteran Ghollywood actress, Grace Omaboe, known in showbiz as Maame Dokono, has described herself as a ‘hot lady’ from the nineties.

Maame Dokono is optimistic that if social media had existed back in her days, she would have been the centre of attraction.

She backed her claim with some of the unbeatable achievements she has made in her over three decades of theatre art and stage play.

Pertinent is her glamorous and influential side she portrayed both in movies and in real life.

Maame Dokono was very affluent, considering the numerous roles she played as well as honours she received for her immense contribution to Ghana’s movie industry.

Aside her ‘slaying’, Maame Dokono added on Adom TV’s Ahosepe Xtra that she was a pioneer and mother for all, and, thus, her predecessors looked up to her.

While describing herself as the Oprah of Ghana, Maame Dokono stated she also made it her burden to be the mouthpiece of her colleagues and other less-privileged persons in society.

Currently a mother-of-six, the septuagenarian disclosed that she is doing very fine financially, adding that her children are financing her lavish lifestyle. 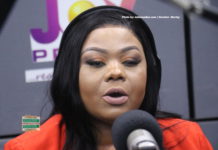 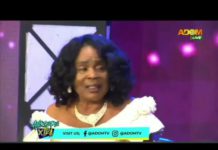 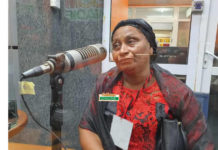