Members of the Northern Regional Bar Association have announced a boycott of sittings in the Tamale High Court presided over by His Lordship Osei Kwame Gyamfi.

The unanimous decision of the group follows alleged misconduct of the said judge who sits in court two.

Leaders of the Association explained that several complaints of the alleged misconduct have come from court users and some lawyers.

“As members of the Bar, we received complaints from the court and some of the lawyers who are appearing before the judge,” President of the Association, Mohammed Alhassan told Accra-based Citi FM.

He noted their investigations into the allegations have resulted in their decision to stay off the Tamale High Court two.

To him, the decision is to sustain the confidence of the general public in the administration of justice in the country.

He added until a new judge is posted, they will not patronise the court.

“We took our time to see whether we can establish any credence to those allegations and having satisfied ourselves, there is a need for us to take an action.

“We have, therefore, decided that we will no longer appear before him, and we will advise our clients to do same until a new judge assumes office or assumes sitting in that court,” he noted. 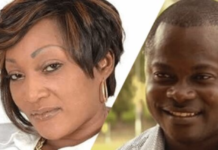