He gained recognition after a wish list he wrote to his mother to ensure his ‘Our Day’ becomes a memorable one went viral.

Not only did he get his desired food, cake for his favourite teacher and iPad delivered on that day, he had over 60 brands at his disposal who offered to support him and his classmates with some products.

The boy is, however, not letting his buzz disappear and has reintroduced himself with some photos.

He was dressed as a ruler in a traditional Kente outfit and reigning on a stool.

He described himself as a king ruling over his imaginary kingdom.

This was a photoshoot for one of the sponsors who presented gifts to him and his classmates almost two months after his ‘Our Day’ buzz. 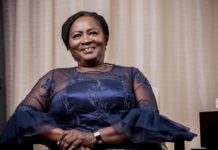 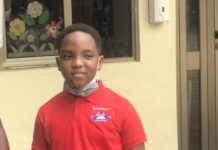