A lady has poured out her heart on social media after falling deeply in love with her senior brother who attends the same school as her.

The lady stated she started having the incestual feelings for her biological brother three years ago when she was just 14.

However, after keeping the secret eating her up for years, she has decided to rush to social media for solace.

Sharing her ordeal, she wrote:

I know it’s wrong and I have never thought about rationalising it. But I finally came to the conclusion that the only way I can move on is if I open myself up and accept my feelings.

My ‘unnatural’ attraction began when I was 14 and I had just become a fresher in high school. My brother and I had been very close since we were young, but as we grew older we slowly drifted apart once activities and school got in the way, but my brother had always been my role model and favourite person to be around whenever I had the chance. It seemed as though high school was the first time that getting a boyfriend became important to me and my friends.

I watched as all of my friends got into relationships with guys that they ‘Liked’. Whenever people asked me why I was single I told them that I just wasn’t interested, and to be truthful I wasn’t. I just never found a guy that I was all that interested in.

And for some reason whenever I had to think of a guy that I ‘Liked’ I always thought of my brother. I never thought of it in a connotation of incest but instead that I thought much more highly of my brother than the other guys at my school. To me my brother had everything a guy should (He was smart, funny, cute and kind.)

Even with all these things in mind I never realised just how deeply my feelings ran until my brother got his first girlfriend. Once that started I started getting angry, depressed and anxious all the time.

I had trouble focusing at school and whenever I saw my brother at home I would try to avoid him. I didn’t understand why until my brother had his girlfriend over for dinner one night. I felt an overwhelming sense of jealousy and sadness and asked to use the bathroom.

I skipped the bathroom completely and just walked to my bedroom and started bawling uncontrollably. There was no denying it then. I knew at that point that I was and am totally in love with my brother.

I understand the kind of backlash that things like this can get and I’m not proud, but I can’t deny it anymore. I haven’t told anyone this. I’m scared that I’ll make a mistake, and reveal these things to my family or friends.

I miss the version of you I fell in love with 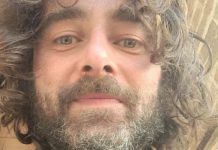