Majority Leader, Osei Kyei-Mensah-Bonsu, has broken his silence on an E-levy cake for his 65th birthday celebration.

The rationale of the donor, the leader who doubles as Suame Member of Parliament, explained is due to his consistent position on the proposed tax.

“I received three cakes, a blue and white from my wife which the Vice President and his wife joined to cut and second and the e-levy cake happened to be the last from one of the guests who was also present at the event. We were all surprised when we saw it,” he said on Accra-based Okay FM.

In videos and pictures widely circulated on the internet from the plush party, a green coloured cake designed to spell the word ‘E-LEVY’ stole the spotlight.

The cake has since met severe backlash from social media users who described it as “crass” and “insensitive” considering the fierce opposition to the proposed tax which is being pushed through Parliament.

Against this backdrop, Mr Kyei-Mensah-Bonsu has indicated he will not mention the person’s name as it can affect him negatively.

However, he hinted the person is a prominent businessman who, among other things, is also a media personality. 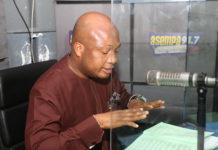 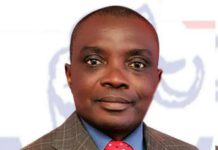