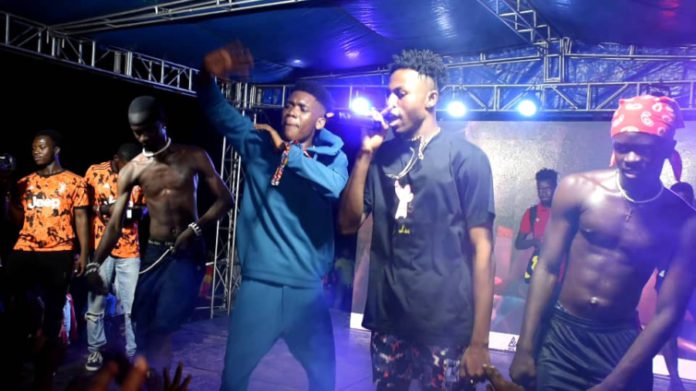 It was a double pack of fun for Chelsea fans on Saturday in Ho, when four Kumerican soldiers turned up thousands in the Volta Regional capital.

The young soldiers served patrons with the new sensation of Ghanaian hip-hop, which has won them admiration from across the country.

It was a thrilling night for residents of Ho who had waited for so long to break the virginity of patronising such calibre of outdoor event.

The crowd broke loose and entered the inner perimeter when the Kumerican soldiers mounted the stage.

Black Sherif, who raised the curtain for the performances from the new Ghanaian hip-hop sensations, was later joined by Yaw Tog, Kweku Flick, and Malcolm Nuna.

Patrons lauded Poly Creative Studio and Swizz FM for breathing a new life into Volta Region’s showbiz industry with such an event.