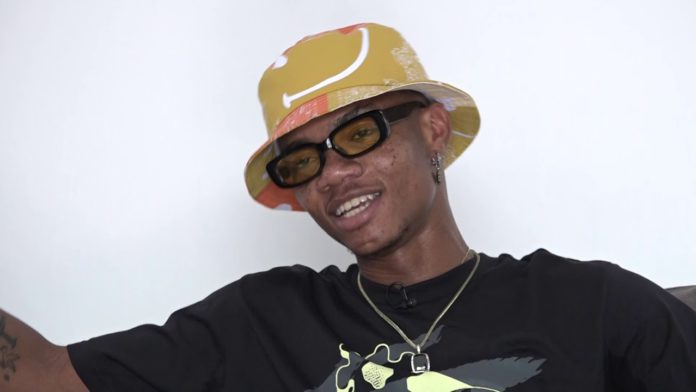 Musician KiDi has revealed that his label mate Kuami Eugene sometimes does not know how to communicate with people around him.

The ‘Say Cheese’ hitmaker said, the ‘Angela’ crooner sometimes speaks to him anyhow which he has become accustomed to because he sees him as a brother.

Speaking to Doreen Avio after he was asked what he makes of what people say about Kuami Eugene’s inability to communicate well, Kidi said his label mate must employ emotional intelligence in relating to people.

“When you are in the house and your brother does something, you take it as a brotherly joke. Generally, I have heard a lot of ‘Kuami you need to say this like this’.”

KiDi says he likes that Kuami Eugene is always honest and will not quiver to say things as it is.

The young singer said he likes the honesty Kuami Eugene depicts and he wants him to stay that way.

Kuami Eugene has been in the news recently after saying he will not collaborate with Guru for disrespecting his boss, Richie.

Those comments did not go down well with a lot of social media users who criticised Kuami Eugene for showboating and being disrespectful.

Guru also reacted to the statement saying he did not beg for the collaboration.

He said he had only wanted to work with Kuami Eugene because he admired his talent.