Residents at Kotwi in the Atwima Kwawoma District of the Ashanti Region have launched a watchdog committee to wage war against robberies in the area.

They have also compiled names and other details of landlords and their tenants to be able to track movements with escorts provided when necessary.

The residents said they were living in fear due to incessant robbery attacks in the area at night and even in broad daylight.

The Assembly Member of the area, Augustina Obeng Agyemeng, said increase in criminal activities has necessitated the collation of the landlord database.

“A resident of Kotwi must be able to know more about their landlords to warrant his free passage at night.

“The community watchdog will demand to know the name of the landlord, contact number and vicinity and the landlord will be called for verification,” she explained.

Miss Agyemang also wants authorities to mount security cameras in the town to ward off crime.

A member of Liberty Landlords Association in the area, Kwame Asiedu, told Nhyira FM‘s Malik Awuku they have lost count of daylight robberies in the area and called for the intervention of security operatives.

“The upsurge in robbery cases demands swift action from the police, though they are working but we are pleading with them to do more,” he appealed.

Meanwhile, the community watchdog will, through the necessary procedures with the Ghana Police Service, provide security in the community.

A member of the group, Nsia Kyeremanteng David, expressed optimism their work will go a long way to complement the efforts of the police.

“Though we are yet to officially start duty, we have handed over about 10 criminals to the police including persons allegedly involved in murder cases,” he said.

The Chief of Kotwi, Nana Asare Kotwi, has also pledged his support for the police and watchdog team to fight crime.

The CEO of Hepa Plus mixture has supported the team with reflective jackets, t-shirts, cash and boxes of hepa plus mixture to boost their immune system.

The CEO, Dr Ebenezer Agyemeng, said the fight against crime was a shared responsibility, hence the need to contribute his quota. 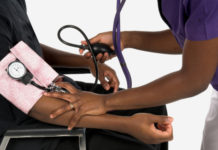 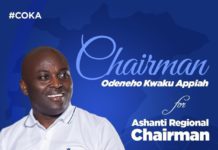 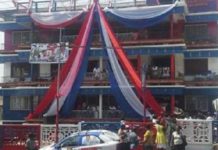 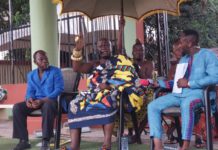 Before Ghana’s Big Six, the Ashanti Kingdom had its own Big Six – Chief of Nkwantakese