The Konongo District Court in the Ashanti Region has discharged four juveniles standing trial in connection with the death of a first-year student of the Konongo-Odumase Senior High School (SHS).

The court, presided over by Her Worship, Joyce Bamfo, has, however, remanded the prime suspect, 17-year-old Emmanuel Frimpong.

Appearing in court on Monday, December 6, 2021, the Prosecution stated the four, who have been discharged, will continue to be witnesses in the matter.

The office of the Attorney General has also initiated processes to transfer the case to the High Court.

The Court also directed the Ghana Education Service to re-integrate the discharged juveniles into the school system.

But the Headteacher of the school, Dr Kwaku Baah, reacting to the development, said the students will be relocated to different schools.

This, he noted, was for their safety and also to avoid stigmatisation by fellow students.

The Police, on November 6, arrested five students for allegedly stabbing a first-year colleague to death.

A witness narrated some Form Two students after preps on Friday, November 5, 2021, ganged up with the intention to bully their juniors which eventually led to the demise of the student. 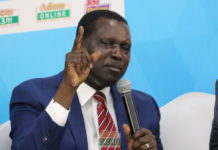