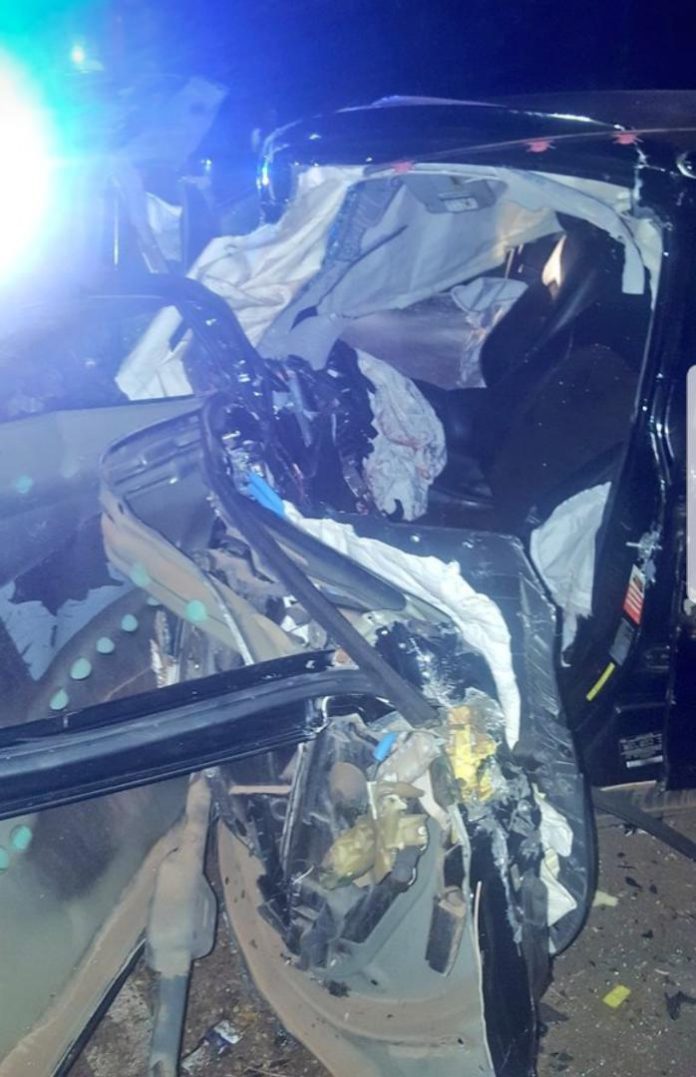 One of the two persons who died in a ghastly accident at the Kwame Nkrumah University of Science and Technology (KNUST) has been identified as the son of a Member of Parliament (MP).

Family sources say the deceased who is a final year Medical Student of KNUST is the son of Alhaji Seidu Issifu Baba National Democratic Congress (NDC) MP for Nalerigu-Gambaga Constituency.

Arrangements are currently underway for his burial in accordance with Islamic customs with the family indicating they are distraught over the unfortunate incident.

It would be recalled that two students died on the spot and three others left with life-threatening injuries after a private vehicle they were driving in crashed on KNUST Campus on Saturday, March 27, 2021.

Four of the occupants have been confirmed to be KNUST students while one was a University of Ghana student with the injured said to be receiving treatment at the Komfo Anokye Teaching Hospital.

Preliminary investigations suggest that the driver, in an attempt to negotiate a sharp curve, ran into a tree, killing two persons on the spot.

The mangled vehicle has since been towed from the scene of accident while KNUST police reveal that investigations have commenced into the incident.