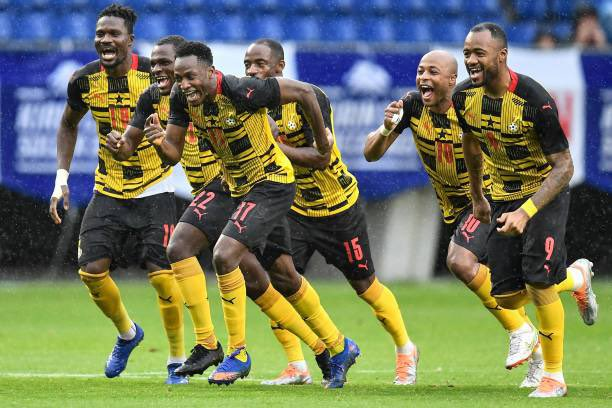 Black Stars skipper, Andre Ayew has highlighted the importance of the Kirin Cup staged in Tokyo ahead of the 2022 World Cup in Qatar.

Ghana, who were part of the four countries that participated in the maiden edition of the tournament finished third.

Tunisia defeated host Japan to annex the trophy while the Black Stars defeated Chile on a penalty shootout with nine players.

According to Andre, despite now having a full squad available for the tournament, it was a solid position to build from.

He added that participating in the Kirin Cup has given the team a good platform to prepare for the World Cup.

“We have a very good squad which is growing as you can see the depth of the squad,” the Al Sadd forward said as reported by Citi Sports.

“We went to Japan with a whole different setup due to a lot of injuries and the Covid issues.

“Generally I think we ended really well and we have hope that when the full squad is in especially those that have proven a point we can have a good gel up,” he stated.

The Black Stars’ next assignment will be a doubleheader in the 2023 Africa Cup of Nations [AFCON] qualifiers against Angola in September.