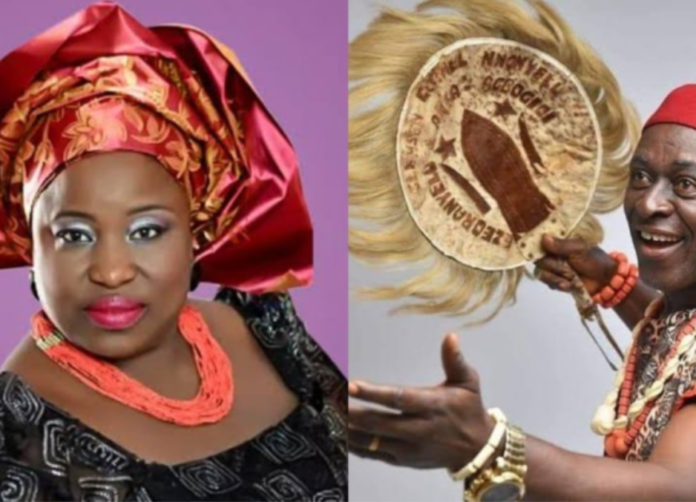 The National President of the Actors Guild of Nigeria (AGN), Emeka Rollas has revealed that the kidnappers of two Nollywood actors, Cynthia Okereke and Clemson, mocked him when they communicated on Monday.

Speaking in a video shared on social media, Mr Rollas said he was laughed at after he told the abductors they have raised  ₦1.2million (GH₵ 24,694 as ransom to free the actors.

“Yesterday, while talking to the abductors, we were trying to explain to them that we were putting some funds together, we were contributing. We said that we had about N1.2 million. And they started laughing at us.”

“The situation still remains the same but we are believing God to do His miracles and wonders at this point in time,” Mr. Rollas said.

He noted that the kidnappers did not only mock the Guild but asked how much money the wealthy actors on Instagram had contributed to raising the ransom.

“Immediately, it got to me that these people are watching us,” he stated.

Two prominent Nollywood actors and members of the Actors Guild of Nigeria (AGN), Cynthia Okereke and Clemson Cornel, aka Agbogidi, were kidnapped on Friday.

Monalisa Chinda, AGN’s Director of Communications, who broke the news stated that the actors were reported missing after their family members confirmed that they didn’t return from a film location at Ozalla Town, Enugu state.

Twenty-four hours after the kidnapping, the perpetrators were reported to have made contact with the family of the actors demanding a ransom for their release.

On Saturday, the AGN National President, Emeka Rollas, told Premium Times that the kidnappers are requesting $100,000 before they release the actors.

Meanwhile, Mr. Rollas has appealed to his colleagues in the movie industry to help raise more money to release Cynthia Okereke and Clemson Cornel.

He said that the initial  ₦1.2million seemed to be inadequate to secure the freedom of their kidnapped colleagues.

“Therefore, we have dedicated an account, the Actors Guild of Nigeria, Enugu chapter, Zenith Bank for us to make little contributions. I urge all of us to see to it that we make these contributions because we do not know who will be in this kind of situation.”

Mr. Rollas added that “but we pray to God that none of us will have this kind of experience. I want to thank all of you for your calls, all your advice, and all your contributions, knowing that it is our own problem. Thank you. God bless you.”